Charleston, S.C—On Friday, January 27, Hip-Hop fans will gather at the Purple Buffalo for the Sip + Swerve Mixtape Release Party.  Sip + Swerve, scheduled to release in February, is a collection of freestyles by SALIS.

To celebrate, the party will kick-off with OG the DJ, and then follow with a headlining performance from SALIS. Before fans can sip and swerve (dance) to his discography of Country Rap tunes, there will be hip-hop performances from Artwork and Mo Money.

“I’ve made some really good music with both Artwork and Mo Money,” SALIS expressed. “We each have a unique sound and style, but I think everyone will enjoy the show. I know they will.”

The Sip + Swerve Mixtape Release Party is one of many hip-hop related events to occur next Friday in Charleston. SALIS, however, is quite optimistic about the turnout.

“If you’re a fan of UGK, OUTKAST, or even BIG KRIT, meet me at the Purple Buffalo. OG the DJ will be playing old and new Country Rap tunes, and I’ll be performing them.”

While this style of music is heard more frequently in Texas and Mississippi, it will be played for one night at the Purple Buffalo.

“That venue is perfect for a Country Rap tunes concert,” SALIS added.

The Purple Buffalo will open at 9 p.m. and The Sip + Swerve Mixtape Release Party will begin at 10:00.  Admission is $5; guest must be 21 + with a valid id. The Purple Buffalo is located on the King Street Extension at 2702 Azalea Drive in North Charleston.

Who: SALIS (in partnership with Tee-N-Mac)

Where: The Purple Buffalo

SALIS (@Cadillac_Salis) | Since the release of Cadillac Chronicles (Mar. 2015), SALIS has a created a brand identity of his own. He brings forth a musical style that Texans would appreciate—but the Holy City definitely rides to. Born in Deerfield Beach, Florida, SALIS moved to Charleston in the 90s. 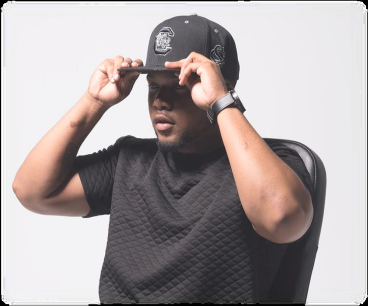 Antoine “Artwork” Sanders was born in Long Island, NY, but raised in the “Holy City,” (Charleston S.C). The hip-hop artist describes himself as being associated more too lyrically written music— it is the basis of where all of his tracks are formed.

In 2016, Artwork release his sophomore album titled Domino Effect. This body of work sheds light on producers and artists who use the streaming service, YouTube, to grow creatively. And while, he finds it challenging, he is also known to venture out into different lanes of the industry. “It allows me to get out of my comfort zone to create different types of music,” he said. 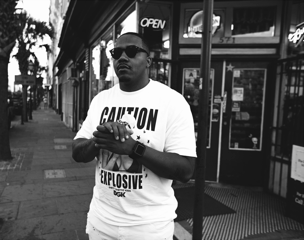